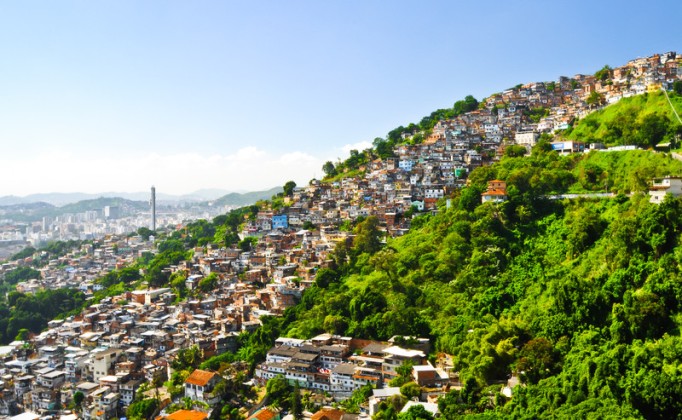 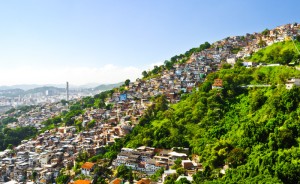 Brazil is in the news again regarding the hosting of the 2014 World Cup.  The Brazilian equivalent of the Attorney General has filed papers to cease the funding of many projects that are directly related to the 2014 World Cup.  This is another issue to be added to a long list of concerns that FIFA (soccer’s governing body) must deal with to ensure a smooth tournament next summer.   Here in the US, these serious issues have seemed to slip through the cracks of our media outlets.  The demonstrations last summer sparked a bit of interest, but only as they seemed similar to the Arab spring uprisings.  We or the media quickly grew bored with this and moved on to other “more interesting” topics like Tea Parties and shutting down the government.  None the less, the issues that led to these demonstrations are still there, and many poor Brazilians will now be dealing with World Cup related issues for a long time to come.

A major issue for many of the poor is the Brazilian government’s use of Eminent Domain to seize homes for the benefit of the 2014 World Cup.   After all, if you need parking spaces for a month-long soccer tournament, it sounds totally reasonable to tear down an entire neighborhood!  Yet, that is exactly what is going on; whole neighborhoods are being destroyed to give Rio de Janeiro a face lift.  Many of its favelas will be torn down to build parking structures and simply to make the tourists feel safer (and perhaps a little less guilty look up at these shanties from their limos).  When Americans see these shanty towns, it seems like no big deal to bulldoze such squalor.  In reality, some of these people have lived in these homes for decades and created a true community within these favelas.  This sense of community will be irreplaceable since many of these people will be spread across the country to find new housing and jobs.  Buyouts have been offered, but this is little consolation to a family being thrown out of the only home they have ever known.

Another cause for alarm is public safety during the 2014 FIFA World Cup Brazil.  Many of Brazil’s largest cities deal with the same safety and crime related issues as American cities.  Poverty so often leads to crime and gang violence.  Primeiro Comando da Capital, or PCC the largest drug organization in Sao Paolo has already threatened to make this a “World Cup of Terror”. Will those attending the games feel safe enough to frequent restaurants and clubs to spend their money into the economy to make all of this worthwhile, or will the fear of crime and even protestors (as we saw last summer) keep tourists in the hotels, or even worse in their home countries? These questions may not be answered until it is too late, and the games have begun.

Lastly, transportation will surely be a huge issue for the 2014 World Cup.  Transportation throughout Brazil can be sketchy at best with buses often nothing more than a VW van stopping and going along a route (my wife last month rode sitting next to a chicken in one last month!).  Trains are not commonly used and often very late.  Flight delays are often hours at a time and flights between many cities are not nearly frequent enough.  All of these transportation issues will need to be corrected prior to the games.  At least, these improvements may actually help the people of Brazil, if they are planning a tour of the 12 World Cup venues after the tournament ends!

These are just a sampling of the many issues the Brazilian people will l need to overcome and solve over the next year, and then hopefully master for the 2016 Olympics which will quickly follow.  As the 2014 World Cup gets closer, perhaps the American media will begin to take notice again to these challenges and human rights issues that come with a mammoth undertaking like hosting the 2014 FIFA World Cup Brazil.  It will be just be a few short months, before we find out who the real winners and losers of these games truly are.